What is Coriander Seeds: A Complete Guide on Benefits, Cooking, Buying and Storing

Ground coriander is a popular spice used in cooking. But did you know what is coriander seed and how to use it for cooking? This post explains the uses, benefits and flavour of coriander seeds. 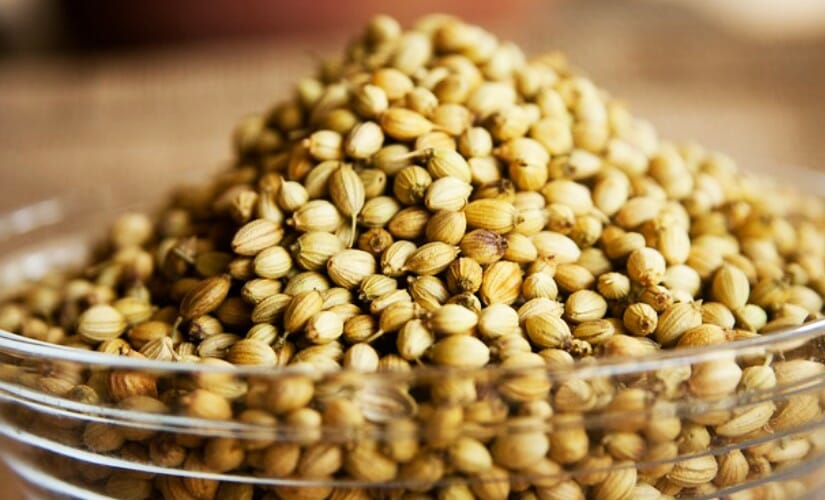 What is Coriander Seed – A spice pantry must have

Citrusy, woody, subtle yet impactful, coriander seeds is perhaps one of my most favorite spices of all and also one of the essential Indian Spices to have.

You may not think much of it when you smell it at first, but crush the seeds open and your nose will be filled with earthy freshness.

Most of us are familiar with coriander leaves or cilantro as known to some.

So what is Coriander seed then?

Coriander seeds come from the flowers of the coriander plant.

Subtle, versatile with an unassuming flavour, these tiny gems are a treasure to keep.

Other Names Of Coriander Seeds

Coriander seeds fall into the warm/ sweet spice category. Which means that it is a popular spice to use as a base ingredient to make spice mixes.

It has a very mild citrusy flavour. Like cumin seeds,  it has a very earthy aroma and rich in volatile oils that get released when roasted lightly on direct heat or in oil.

Coriander seeds can be used to make many dishes especially stews, soups, Indian curries, stir-fries,  and a base ingredient for making spice mixes and marinades.

How to Use  Coriander Seeds For Cooking

Coriander seeds are used whole in many Indian dishes as the first step to add flavour to oil.

Coriander seeds are tempered in warm oil at the very beginning of the cooking process.

Since it has a very mild flavour content, additional spices such as mustard seeds, cumin seeds, cinnamon are added to uplift some of the flavour.

It can also be crushed or broken and used to make spice rubs, marinades, and dressings and also as a pickling spice.

Read about 28 Essential Indian Spices and How to Use Them for Cooking.

What is the Difference Between Coriander Seeds VS Coriander Powder

While coriander seed is a whole spice, coriander powder is the ground form.

Unlike the flavour difference between fresh coriander leaves and its dry counterparts, the flavour of whole coriander seeds and coriander powder is pretty nuanced.

The essential difference is the way they are used within the cooking process.

Like most whole spices, coriander seeds are used at the beginning of the cooking process or to make rubs and marinades.

Coriander powder can be added directly into the dish midway through the cooking process and incorporate the flavours into the dish.

Improves Skin Health – According to a study by California College of Ayurveda, Coriander seeds can help in diminishing skin ailments like eczema, itchy skin, rashes and inflammation as they have antiseptic properties.

Helps cure cough and cold –  Coriander seeds are abundant in Vitamin C which is a powerful antioxidant. Boiling coriander seeds in water and drinking it helps elevate the symptoms.

Keeps cholesterol under check – Coriander seeds are said to contain a compound called coriandrin.  This compound controls the process of lipid digestion, as a result bringing down our cholesterol levels.

Aids Digestion – They are also good sources of fibre, phosphorus, and calcium. They help in the generation of digestive compounds and juices that facilitate the procedure of digestion.

Where and How to Buy Coriander Seeds

Buy coriander seeds that are slightly golden brown in colour and in small packs if you do not intend to use them often.

Ensure that the packs or jars are tightly sealed.

How to Store Coriander Seeds

Coriander seeds should be kept in a tightly sealed glass container in a dark, dry place away from direct sunlight.

Well stored coriander seeds will keep its character and flavour for almost a year.

Cumin seeds are a flexible spice and go well with any food item and mostly all spices.

What is the Best Substitute for Coriander Seeds

The flavour of coriander seeds is mild and subdued.

One has the option of either omitting them from the recipe if you wish.

However, the following spices can be used as alternative substitute for coriander seeds.

Your Views and Recipes

Please do leave your comment if you think I may have missed out on something.

I love to hear your kitchen adventures so please share any recipes based on coriander seeds that you love.

And as always if you think this article deserves more eyes then please do share by clicking the share and/or save buttons.

How to Use Black Seeds Or Nigella Seeds For Maximum Benefit

Get my flavour enhancing formula and a 7 day meal plan for free!

We use cookies to ensure that we give you the best experience on our website. If you continue to use this site we will assume that you are happy with it.Ok